This project aims at developing an interactive music synthesis system on an FPGA platform. To this end, a library of basic components for sound generation will need to be designed and implemented as digital circuits for FPGAs. These library elements can then be assembled into a network of components that can be used for translating musical scores to sound and as building blocks for interactively controlled generative sound synthesis. The overall goal of the project group is to develop a prototype for such an interactive music system where one or several users can interactively control the sound that is generated by means of advanced sensors, e.g. motion capturing via Microsoft Kinect Cameras, Wii-style game controllers, or motion and light sensors integrated in smartphones.

For reaching this goal, the following subtasks are proposed:

In order to participate in this project group you should have a very good knowledge of digital circuit design and hardware description languages (VHDL or Verilog). Ideally, you also have some experiences with the Xilinx FPGA design environment. Previous experiences in digital music synthesis, though helpful, are not required. You should however have a very strong interest in digital signal processing.

If you have any questions, feel free to get in touch with any of the advisors for this project group. 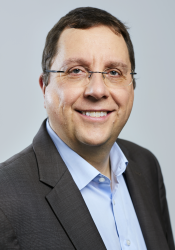